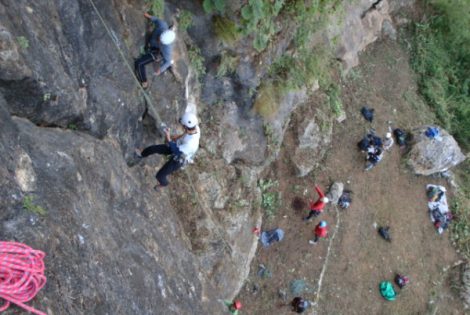 Those who are involved in long time work in office makes them stressful and tiresome. In order to break the monotonous work pressure and relieve from such round the clock life style in office, HCMS organize various sport climbing competition to make them mentally refresh and stress free from the work load.

Sport climbing helps to rejuvenate mental and physical power to work in efficient way. Besides, it also helps to develop team building capacity and leadership. It creates new ideas and vision to perfom the work more professionally.